Ashbury on track to deliver a thriving new community 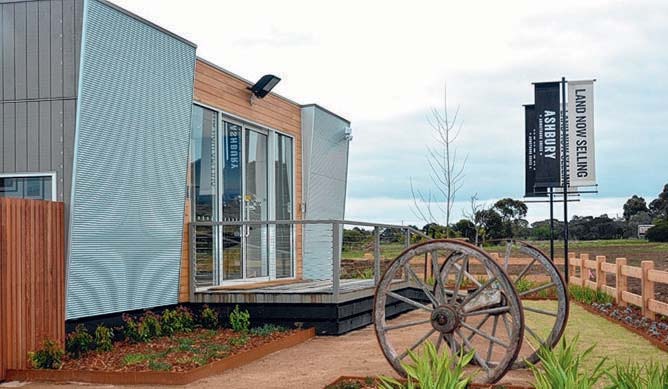 Ashbury on track to deliver a thriving new community

CIVIL construction has started at Ashbury in Armstrong Creek after a turning of the sod ceremony was held on Wednesday.

It was a significant event for Ashbury as it marks the start of what will become a thriving community.

Once civil construction is completed by late 2016, Ashbury residents can expect to move into their new homes as early as late 2017.

Dennis Family Corporations chief executive Peter Levinge says that Ashbury has something for everyone. “Its proximity to the iconic Surf Coast, plenty of green open spaces and an array of options for getting active, makes Ashbury an appealing proposition for a broad range of homebuyers,” Peter says. “We’re looking forward to a busy period ahead as we welcome people to the sales office and show them everything Ashbury has to offer.”

There are three stages available within Ashbury with lots ranging from 262sq m to 512sq m, which will suit first home buyers, those looking to upgrade or investors.

Ashbury will also have more than 30ha set aside for open space and a range of proposed schools and childcare.